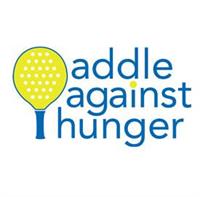 Fairfield, CT, September 24, 2021 – A 24-hour paddle marathon supporting the Bridgeport Rescue Mission begins at 6:00 pm on Friday, October 15 at The Patterson Club. In its eleventh year, Paddle Against Hunger’s goal is to raise $40,000 to help provide meals for hungry neighbors in Coastal Connecticut. Patterson Club members and their guests will continuously play paddleball on up to five courts throughout the paddle marathon.

“The 11th Annual 24-hour Paddle Against Hunger is a wonderful opportunity for members and their guests to give back to the community while having a great time with family and friends.  It’s a tradition that members of all ages and abilities look forward to each autumn. We can't wait for another successful year!” says Beth Peto, Co-Chair.

The event is kicked off with a dinner buffet, bartender, and music from 7:00 pm – 11:00 pm on Friday, followed by breakfast on Saturday morning. Patterson Club racquets professionals will offer Point Play on two courts Saturday afternoon. Paddle Against Hunger logo t-shirts and hats may be purchased onsite throughout the event.

The Patterson Club’s sponsorship of the event means that every dollar raised goes directly to the Bridgeport Rescue Mission. To donate, please visit: https://secure.qgiv.com/event/paddle21/

A tax receipt will be issued from the Bridgeport Rescue Mission.

Paddle Against Hunger: Lobbing a Ball to Ensure Food for All 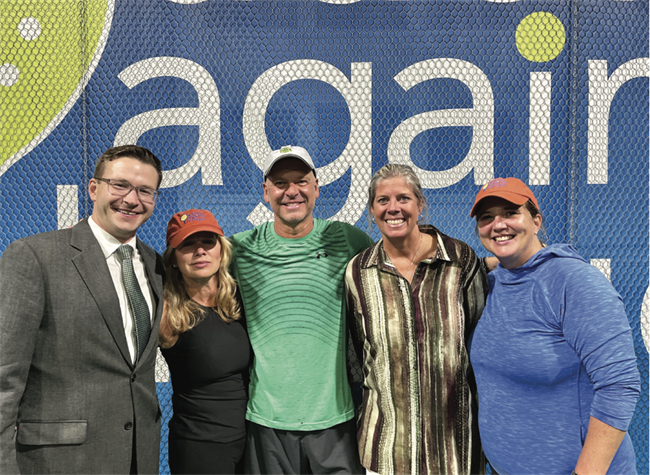 There’s usually nothing but wildlife stirring in the wee hours of a moonlit night in Greenfield Hill. But once a year, at the Patterson Club on Cross Highway, the midnight air is punctuated by the thwack of balls being smacked and bounced, the metallic rattle of fenced

cages, and the hoots, hollers and laughter of players engaged in a 24-hour paddle marathon to raise money for the Bridgeport Rescue Mission. In October, the Patterson’s 11th Annual Paddle Against Hunger brought together 100 players and raised more than $40,000, according to Beth Peto, a Greenfield Hill resident who chaired the event with Gail Golden, Stella Seo and Ed Hulina.

Paddle Against Hunger (PAH) was created by longtime Patterson members Joe Murphy and Dave Amendola and has raised hundreds of thousands of dollars since its inception. “PAH is a way to help raise awareness that there are so many people in need of food, clothing, shelter, and social support, right here within a few miles of our homes,” says Hulina. “While the event is fun, it’s also something that creates positive energy and hopefully reminds every one of us of our obligations to help and support others.” Hulina, along with a steady group of 8-12 volunteers, plays the “Graveyard Shift” from about midnight to 4 or 5 am each year. A warm fire in the hut, open beer taps, and friendly banter help pass the hours, he says.

The Patterson Club has five platform courts—each about one fourth the size of a standard tennis court. The court surfaces are heated to eliminate snow and moisture to ensure a safe playing surface all winter. Rules are similar to tennis, but the equipment is different: A soft rubber ball, a heavy paddle perforated with holes and a court enclosed by a tensioned chicken wire-like cage. The ball can be played off the wire. 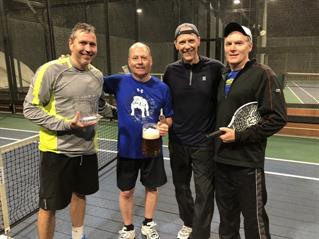 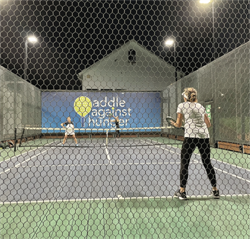 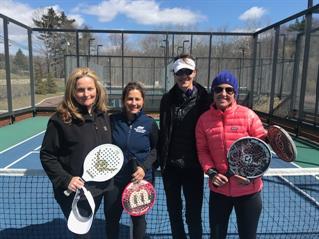 The Patterson Club’s sponsorship of the event means that every dollar raised goes directly to Bridgeport Rescue Mission through an online donation portal, says Greenfield Hill resident Heather Petrecca, the Club’s Membership and Marketing Director. Staff and invited guests play, as well. The event is kicked off with a sports buffet, bartender, and music on Friday, followed by breakfast on Saturday. There’s also PAH swag available for purchase.

Peto helped start off the play at 6pm on Friday night; her husband, John, took the Graveyard Shift, with son, Cameron, 11, on the courts until 1:30am. Daughter, Alex, 15, also participated, says Peto. The “Sunrise Crew” takes over from about 5 or 6am through 9am. Racquets Director, Liz Cruz, offered several hours of complimentary clinics with a pro to entice new players and fill the courts on Saturday afternoon to achieve 24 hours of continuous play. PAH is about “comradery, community and coming together” says Peto, and “is a great way to give back to the community in Bridgeport and to get everyone together. It’s a win-win.” Peto hopes other local clubs with paddle courts initiate similar charity-based marathons. “It’s super easy to do,” she says. “All you need is a signup sheet!”